This section contains mostly Strategy links to Flash Games from all over the Internet, with lots of genres such as Action, RPG, Fighting, Shmup, Strategy, Adventure, Sim, Beat em up, Puzzle, Board, Racing, Tutorials, Sports and Misc. Back to Games Home FEATURED:
Select Page : 1 2 3 4

Ritas Wildlife Refuge : Management strategy game by Shockwave. It is like Transport Tycoon, just that you manage a wildlife safary!Posted by: [joshT] on 2011-06-29 [Wed] 00:46 with 3199 hits

Humaliens Battle : A sci fi futuristic aliens strategy flash game called Humaliens Battle. Maybe not as good as Starcraft but it is a lot less expensive. It is free.Posted by: [joshT] on 2010-10-16 [Sat] 03:00 with 2905 hits 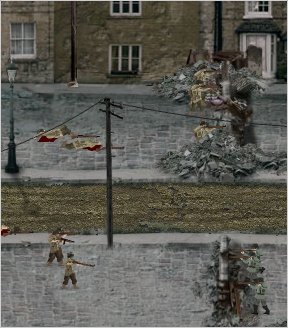 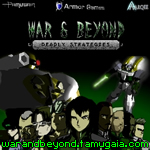 Feudalism 2 : A hybrid of RPG, Action, and Strategy game... Feudalism 2 lets you play from leader of a village to conqueror of kingdoms. Among the many improvements from the original, you will find Fuedalism 2 has lots more strategic units and amazing special powers to unlock.Posted by: [joshT] on 2008-11-04 [Tue] 18:35 with 7561 hits

More Games Besides these Games

Tiny Soccer Tiny Soccer : This should be called the tiniest soccer game in the world! [2958]

Isis Isis : A young woman named isis discovered that she has a talent that enables her to speak to the dead. [3742]

Resort Empire Resort Empire : Can you build the biggest baddest greatest Resort the world has ever seen? [2214]

She Venom vs Sexy Supergirl